How Using ServeManager Makes Me Money

If you are a process server or you interact with process servers for your law firm or company, you need to be using Lawgical’s ServeManager software. I am going to share with you a few ways I have incorporated ServeManager into my own business to improve organization and increase my efficiency and profit.

I am a registered process server and business owner in San Diego, California and I am delighted to have been invited to write an article for ServeNow as a guest author. When I received the invitation from Kimberly at Lawgical and she said I could choose the topic. I knew it had to be how ServeManager has helped me so tremendously in my business.

Since I began using ServeManager I have cut the time I spend doing paperwork and clerical duties in half or better. I’ve been able to reduce phone calls from clients seeking updates and spend more time focusing on high-value tasks that generate revenue and I will show you some of the ways how.

It Keeps Me Organized at the Office

I will admit that I am not the most organized person by nature. Over the years I have dabbled with various spreadsheet designs and antiquated software “designed for process servers” to track cases and simple accounting but with no success.

I started using the software by taking advantage of a free trial. I feel like I really scored because I would have gladly paid for my subscription after about the first hour of getting set up. I watched a series of instructional videos to learn the basics and began entering data on all my active and new jobs.

The first and maybe most obvious benefit of using ServeManager is having a tidy list of all your open jobs at a glance. You can see what is new, what has been attempted and what is served. This is a nice feature and an end in itself but the means to that end had big benefits for me as well.

By forcing myself to enter each and every case that came across my desk into ServeManager immediately, I began to develop a much-needed routine and a uniform process for taking in new jobs. I was finally able to standardize the way I save and archive documents, email attachments, and client contact information.

After making ServeManager central to my operation and running everything through it, my intake routine looks like this and I do it for every case:

Now my routine is streamlined and efficient.

Every step I take builds momentum for the rest of the process through billing and getting paid.

In one quick session, I have input all the information I may need in the field and back in the office after the job is done. I have created my template invoice so I can now use ServeManager to track the bill and payment whether I send the invoice now or days later. I have built my initial profile of who I am serving. I am ready to rock and roll.

It Keeps Me Organized in the Field

Time spent entering case information into ServeManager saves time later in the field, where every second can matter. I’d like to share the story of a recent serve I completed that showcases how ServeManager makes me money even away from the office.

I was serving restraining order papers to a man in his early 30’s. I had a photo of him but it was 2 years old. I had a description of the car he was likely to be driving and where my client thought he lived.

I decided to wait at his place around the time he might be returning from work and catch him coming home. A half-hour after parking, a car fitting the description I was given drove by and pulled into the garage I was watching. Jackpot!

However, when I approached the man I thought was my defendant, his car did not exactly fit the description and the guy did not look much like the photo. He insisted he was not my defendant, that his name was something different and that he had no idea about the guy I was looking for.

Since I could not positively identify him on the spot, I could not serve the papers. Something just didn’t feel right, however, and I was not convinced that the person I contacted was not my defendant so I needed to do a little investigating.

I returned to my vehicle and began trying to figure out if I was just lied to. When appropriate, I try to get video of my service attempts with a Bluetooth headset video recording device, which I did on this case. I reviewed the video I just captured and extracted from it a still image that clearly showed the guy I spoke with. 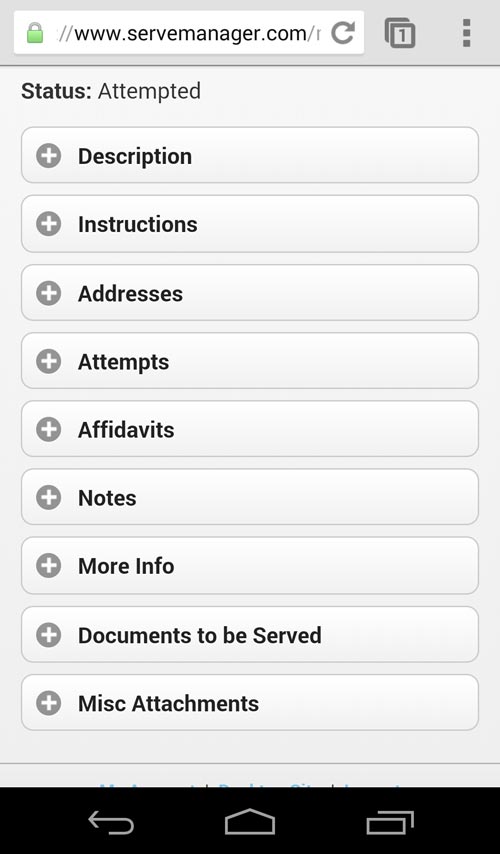 A glimpse of the mobile view on my phone

Then I accessed ServeManager on my phone. The case was already open as I had previously tapped the address in ServeManager to get driving directions from where I was to the service address (a great time-saving feature!). I reviewed the information my client provided and confirmed that even though the car did not exactly fit the description, the license plate number was the same.

Still, within ServeManager, I pulled up the photo my client provided and compared it to mine. After close examination I was becoming sure I had my guy but his look had totally changed from the photo. I was looking for a thin guy with blonde surfer hair and the guy I spoke with was heavier with dark, short hair and glasses. By comparing the facial features in both photos, though, I became 95% sure that my guy just successfully lied to me.

In order to be 100% sure so I could bust him with confidence and serve the papers, I grabbed my client’s email address from ServeManager and sent her the image from the video I had just captured. I tapped her phone number from the same screen and called her for confirmation. She took one look at my photo and said that the guy I spoke with was indeed the defendant.

I was able to get the guy to answer his door and I served him over his protests that he was someone else. In the end, he realized the jig was up and he took the papers with a defeated smirk on his face.

I logged the successful attempt in ServeManager from my phone and captured a timestamp and GPS coordinates that can be used in the future to support proper service if the defendant ever tries to claim he was not served. This is a huge feature that alone is worth the price of admission.

Using the information in ServeManager that I entered when I first received the case, I was able to quickly put the pieces of the puzzle together in the field and complete a job that otherwise may have been lost. If I had left that day only to return later once I realized that I was lied to, the guy may have moved or never answered his door again or who knows what.

By being able to access and synthesize all the information easily in one place, I was able to avoid another trip to the address and earn my fee right then and there. My client gave me a great review and I maintained a healthy margin on the job. ServeManager paid for itself for the entire month from the profit saved on this one job!

It Keeps the Money Organized

I have shown how ServeManager helps me in the beginning stages of taking in a new job and how the site is of tremendous value while in the field serving the papers. The last step of the process is completing the post-service paperwork and getting paid. Would you be surprised if I told you that ServeManager takes the cake in this part of my business as well?

Remember that the bulk of the time spent entering information into ServeManager happens up front when the job comes in. Part of my new routine is to create the invoice for a new job as soon as I receive it. The benefit of this step is reaped at the end of a job when it comes time to complete the paperwork and bill the client. In essence, I can lock in my client’s rate up front so I don’t have to track that information anywhere else or remember it.

Once the necessary court forms are completed, I can print or email the invoice I already created and the job is finally done. ServeManager will also apply a digital signature to the forms so with a few clicks I can complete the paperwork and email a digitally signed copy to my client with the invoice, all from within ServeManager. 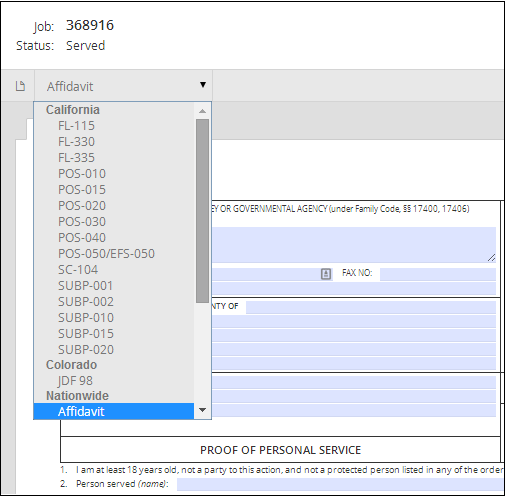 Many court forms are included

After the paperwork is finished and the invoice sent, I can easily keep track of my unpaid invoices. While I’m checking out the jobs I have for the day, I can pull a list of all outstanding invoices and how aged each one has become. I can see the total amount of my receivables and can search through previously paid or issued invoices with ease.

When a payment is made, I can apply it to an invoice with one click and the invoice becomes marked as “Paid”. I can print this as a receipt and fold it with any other papers into a double-windowed envelope and the addresses show through perfectly. It sounds trivial but not having to address envelopes saves a little time every time that really adds up.

Because of the time I spend when a new job hits my inbox, the entire life of the job is made easier and more efficient by using ServeManager. By taking the time to incorporate the software into the way I do business, I have been able to save hours each week on clerical work that can be spent completing the high-value tasks that bring the money.

These are a just a few ways that ServeManager saves me time and makes me money. If you found this article helpful or insightful, please leave a comment below. Perhaps I can secure a future invite to discuss the many other great features of the software such as sharing data with servers and clients, affidavits, finding servers to work with across the country and more! 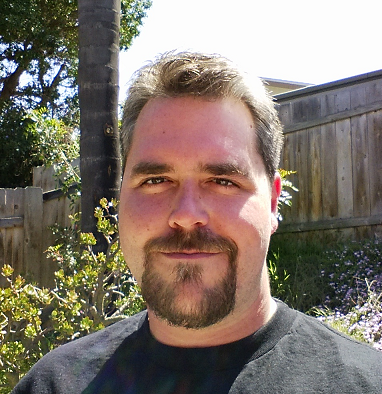 Joseph R. Click is a registered process server and owner of I Serve Papers. He has been serving papers throughout Southern California for clients nationwide since 2002. With a focus on transparency, integrity and results, he thrives on helping clients with difficult jobs serving evasive defendants. His articles exploring all things process serving can be found at http://iservepapers.com/blog/.