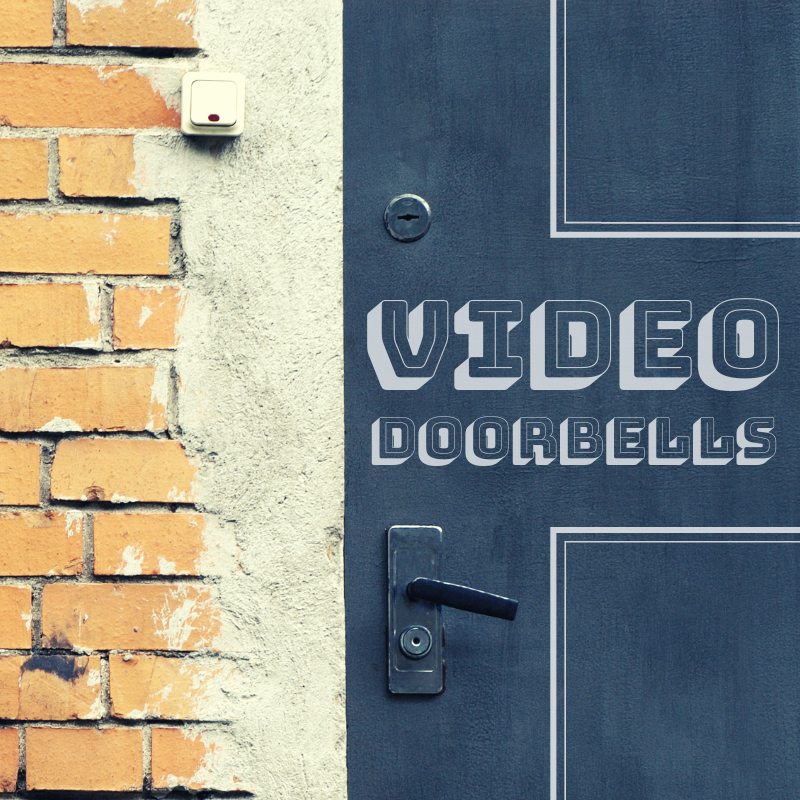 In years past, answering the phone without knowing who was on the other end of the line was commonplace. Now, it’s nearly unheard of to not have a phone without caller ID. Is this what the future holds for our doorsteps? Only time will tell.

Process servers and individuals alike have historically opened doors without knowing what — or who — is on the other side, save for the ability to look through a peephole or side window. But that has slowly been changing with the advent of video camera doorbells and home surveillance systems.

As home security systems and home video surveillance systems become more widely available and affordable, many homeowners are opting to install their own systems over more traditional systems. Popular companies like Ring, Nest, and Vizant are among the myriad of companies now offering systems at affordable prices.

Previously, home alarm companies would offer surveillance and security systems at premium costs, which limited its customer base. While some homeowners used and still use these services, affordable, self-installed home monitoring systems are certainly on the rise. The new systems not only come with cameras and alarms but the ability to see and even speak with the visitor through wireless technology without answering the door — and without even having to be home.

The question that this new technology presents to the process serving community is how will this affect our business? Keep reading to learn more.

Though the new-fangled technology certainly has its advantages for homeowners, it presents unique challenges for process servers. The first challenge regards the language of the law.

For example, process server Bob Rusch of Windy City Process in Illinois explained “I rang a Ring brand bell and then a voice came over the little internal speaker that it has on it. [...] I spoke with the defendant who said they were not home and that nobody was home. [...] I explained the documents (summons, complaint) and she asked if I could leave it for her. Now, since nobody was home, there was no actual person to leave the documents with. However, Illinois law says that as long as you inform the person of the nature of the documents, etc. they are served. So, could we consider this service?”

Though it’s not explicitly stated, the current laws imply that the service would be a result of a face-to-face interaction. The law certainly does not include provisions for service through wireless transmission, holograms, or whatever other Jetsons-like technologies may come our way. But the question remains — what happens if the voice over the phone instructs the server to leave the documents. Would a court uphold the service? Could motions to quash be filed? At the time of publication, we have not been aware of any instances where this has occurred — but it’s almost certain to appear at some point in the future.

Further complicating matters, recipients now have an added warning when a process server arrives. This gives individuals the ability to hide and obscure their whereabouts from process servers to successfully evade service.

It is often the element of surprise that makes process servers successful. While civil process service inherently serves as an extension of an individual’s right to due process, many individuals on the receiving end do not want to be served.

Process server and owner of Torri’s Legal Services, Torri Schaffer, explained “It has greatly affected how we serve papers. People don’t want to answer the door to a stranger, and they see you there.” As a result, they evade process servers in the blind hope that perhaps they might not have to appear in court. As process servers, we know that isn’t the case, yet it still occurs every day in the field.

Ultimately, affordable surveillance systems will make it easier for those wishing to evade service. To date, process servers haven’t been able to circumvent this roadblock, though dodging cameras has always been a tool of the trade.

It’s not all bad news for process servers, however. The wireless technology has made service easier for some servers. For those individuals who aren’t willing to accept service and become hostile, they may opt to simply not open the door. Instead of engaging the process server with hostile or violent behavior, the service simply isn’t completed. Though that isn’t the ideal result, it is better than having an injured server.

Another benefit is that the video doorbells can actually help expedite service. What could have otherwise taken days can be served in a single day. For example, when an individual who is willing to accept service isn’t home when a process server arrives, he or she can instruct the server where they are located so that service can be quickly effectuated.

One of Schaffer’s servers recently experienced just that: “[...] on the other side of that point is one of my process servers rang the doorbell, someone answered on the electronic doorbell, and said I’m not home, but come to my office. Makes it easier for those willing to accept service, but also easier for those wanting to evade service.” Ultimately, the video doorbell has the potential to save a lot of hours and allow process servers to successfully get the job done.

Ringing in the Future

It’s important that process servers stay aware of changing technology. Process servers all over the country are still adjusting to e-service, GPS requirements, and other changes that have altered the way civil process service is done. These changes have greatly affected the industry as a whole. Legislation still hasn’t caught up with email and electronic filing across the United States.

For now, no laws have been changed and no bills have been submitted to alter the rules regarding how service can be effectuated. Will this be something that will need to be added to the ever-growing list of changes in the industry? Or will it end up being a topic that comes out with a bang but gets put on hold for the foreseeable future, like service by drones? It remains to be seen, but if things continue to head the way they have been, it’s growing more likely. Keep your eyes peeled because it’s not just “big brother” who is watching you. You have to watch out for the little guys, too.