As most civil process servers know, the job is anything but simple and can prove to be quite dangerous at times. It’s up to process servers to be proactive about their safety by being vigilant and aware of their surroundings at all times. Even with extra precaution, violence against process servers continues to happen throughout the United States.

Now that New York has the [law], we can piggy-back onto it. We are working on the bill right now. [It’s our] first attempt at getting legislation. It’s become very apparent that we need it.

Though the civil process service industry has made progress on the legislative side by making process server assault a felony, with the most recent legislation occurring in New York, there are still only four states in the United States with laws on the books . Although these recent changes have helped to legitimize the cause, the civil process industry as a whole still has a lot of work to do in terms of protecting process servers across the country. By working with legislators to create laws that make assaulting a process server a felony, the stiffer punishment acts as both a deterrent for would-be assailants and it helps to bring much-needed awareness to the important job that process servers have, which is to provide all citizens with due process. Just as we have in the past, we continue to focus on reporting on process server assault, applauding the efforts of those in the industry who have committed time to working toward and enacting legislative change, and spreading awareness about the issue.

With 2017 now underway, two process server assault cases in which weapons were used against process servers have recently made headlines in Maryland. Although the first incident occurred in late 2015, court proceedings have resolved — with a guilty verdict. The second case, which occurred late in 2016, is ongoing in the Charles County Circuit Court. 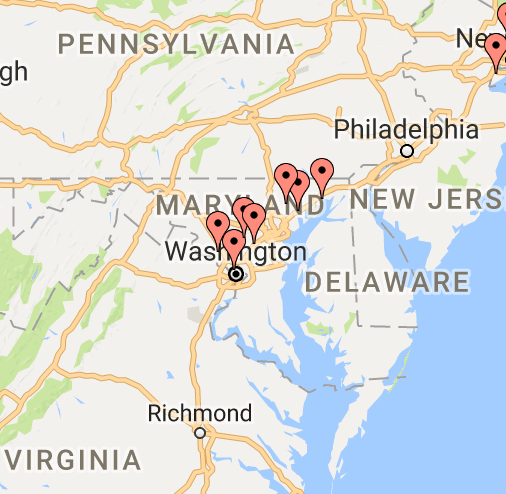 Of the charges, Shenk was originally found not guilty of reckless endangerment, but the court later determined he was guilty of the misdemeanor. He was sentenced to five years in jail, five years of supervised probation and a $2500 fine. Despite the sentencing, Shenk was given a work release and will only have to serve 6 months of the sentence, according to court records. He was found not guilty of attempted second degree murder, first-degree assault, or felony use of a firearm.

Although people who assault process servers could face felony convictions for their crimes, as this case shows, that is not always the case. Changing legislation to protect process servers by creating stiffer punishments would ensure that they receive justice in the event that they are assaulted. The general public needs to know that process servers aren’t just delivering bad news — they’re protecting the due process rights of every U.S. Citizen.

The second, more recent incident occurred November 1, 2016. The details of the situation as reported are as follows. In Waldorf, a process server attempted service on Philip Carby Allen, who in turn responded by displaying a handgun. Allen then pulled back the hammer and readied the gun to fire, while stating “I don’t want any [explicit] paperwork.” In this instance, no shots were fired; however, the process server feared for his life. Allen was charged with first and second degree assault, use of a handgun in a violent crime, and reckless endangerment. Allen is out on bond while the case is ongoing.

I don’t want any [explicit] paperwork. 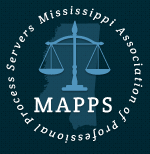 In light of the recent cases and increasingly dangerous working conditions for process servers, we spoke with Torri Schaffer, owner of Maryland process serving company Torri’s Legal Services and current MAPPS (Mid-Atlantic Association of Professional Process Servers) Director. In an interview, she stated that “It is definitely much more dangerous as the years have gone on” and explained that she holds monthly refresher training for her process servers. In the last training, which emphasized being aware of one’s surroundings, evaluating the area for potential dangerous activity, and being prepared to flee and what to do in an emergency, resulted in several veteran process servers who have been serving for 15-20 years calling to thank her for the refresher training. Of the training, she explained, “It’s Process Server 101 [...] but even though they know all this, they do it so often that they sometimes forget.”

Process Server Assaults Across the U.S. 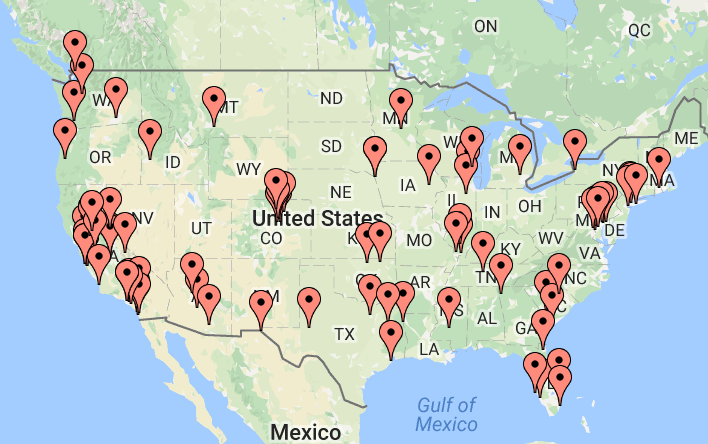 Currently, Torri Schaffer and past MAAPPS president Michael Daigneault are working toward creating a bill that would make process server assault a felony. They have already spoken with Maryland Senator Wayne Norman to see if he would be interested in sponsoring the bill, and he obliged that if they prepared the bill and he found it to be of value that he would present it.

Getting the bill approved may not be as daunting of a task now that Larry Yellon and other members of NYPPSA (New York Professional Process Server Association) were able to get legislation changed in New York. Schaffer stated that “Now that New York has the [law], we can piggy-back onto it. We are working on the bill right now. [It’s our] first attempt at getting legislation. It’s become very apparent that we need it.”

As we are updated and report on the progress of the proposed bill, we encourage process servers nationwide to join the efforts to compel our legislators to make positive changes for the process serving community by making process server assault a felony.