In Texas, the process server community is still reeling from a June dog attack that left 36-year-old process server, Erin McCleskey, dead. McCleskey, a registered Texas Supreme Court certified process server, worked as an independent contractor for EZ Messenger, an Austin-based civil process service company, owned by her father, Michael Shapiro. McCleskey was attempting to deliver court documents to the property owner, Terry Swanson, at his residence, located outside Austin in the small town of Manor, which sits in northeast Travis County.

Casey Cox, Chief Operating Officer for EZ Messenger, explained, “The facts of the situation, as we know them, are that Erin arrived at the rural location in the late afternoon to make an attempt. Her card was left on the door in addition to a photo she took with a mobile application, so we know she made the attempt. Somewhere between the door and walking back to her car, which she parked on the road, she was attacked by several dogs. It’s unclear how many dogs. Erin wasn’t found for several hours, not until the caretaker who was caring for the dogs arrived and called the police. Erin had made several prior attempts at the residence with no issue.”  He also told us that she had a broken arm that was in a large shoulder to wrist cast, which may have contributed to her inability to defend herself or evade the dogs.

Process servers face dangers on the job every day, and what can seem like a typical day on the job can quickly change. In the wake of a tragedy, no matter how accidental it may be, we urge all process servers to acknowledge the dangers they face, and potentially reevaluate their processes to be more aware while on the job. Although accidents happen, which it appears, unfortunately, was the case for Erin McCleskey, it is never a mistake to take extra precaution.

I definitely think it warrants a reminder that the profession can be a dangerous one and that no situation is worth putting yourself in danger for. As it turned out Erin’s situation was, best we can tell, a truly unfortunate accident and in hindsight there was likely little, if anything, that a reasonable person would have done differently.

Although no-trespassing signs were posted along the fence as news photographs and Google Maps Street View show, it is evident through the Google images that the fence did not (at the time that the Google image was taken) completely surround the property and appeared in disrepair at parts. The property, which Google Maps also shows has several outbuildings and a manufactured home, is quite open, and the fence would not obstruct the process server’s vision to see what was beyond the fence. Property records also show that the property sprawls over one acre of land.

The topic of whether or not process servers should be forced to abide no trespassing signs has been the fodder for debate among those within the process serving community, as well as members of the general public. Intense discussions have sprung up within online forums, such as Reddit, and in the comments sections of news articles and other social media sites. One Reddit commenter who goes by the online handle LifeMedic asserted, “You are not allowed to trespass to serve papers. Cases can be thrown out due to improper service. In the particular jurisdiction of this city (Austin); A secure fence with no curtilage access and a sign that is reasonably likely to come to the attention of intruders is all it takes. This isn't the same in all states/counties/cities. I believe Hawaii and Michigan (off the top of my head) shield process servers from criminal trespass statutes, other states may as well, but not Texas.” Another commented, “Without looking into it, I'd be flabbergasted if you can avoid service in Texas simply by putting up a fence and a no trespass sign.” This tragic incident has fueled strong opinions on each side of the argument and made it overtly apparent that the law is not clear to most citizens.

What further tragically complicates the situation is that no one was home at the residence at the time McCleskey attempted service. The individual she was attempting to serve, Terry Swanson, was out of town and had left Robert McCray and Marjorie Kalinec as caretakers for the dogs, but they were not at the residence when McCleskey was there. McCleskey’s vehicle was reportedly still running, which alerted Kalinec, who had arrived to feed the dogs, that someone was on the property. According to news reports, immediately upon finding McCleskey, Kalinec called emergency services. Unfortunately, as related by Casey Cox of EZ Messenger and the coroner’s report, she had been dead for at least five hours, and an autopsy report confirmed that she died as a result of the injuries sustained in the attack. McCleskey’s obituary notes that she had a passion for animals, especially her cats, and the family dog, a Sheltie. 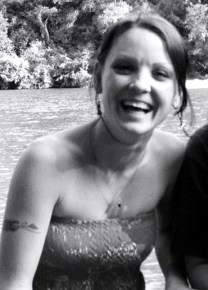 Our family is heart-broken over the tragic passing of our affectionate, fun-loving daughter, Erin. She was an adventurous woman who always lived her life to the fullest and never shied away from a challenge. Erin loved people and had a special affection for animals. Her infectious laughter will be missed by her family and friends. Life will never be the same without her.

Statement from the McCleskey family

The Travis County Sheriff’s department noted in a press release that there were 14 puppies along with six adult dogs, which were documented to be Lab/Great Pyrenees mixes and Husky/Australian Cattle Dog mixes. It is believed that the six adult dogs were responsible for the attack that took McCleskey’s life. In a KXAN Austin TV news interview, Tawny Hammond of Austin Animal Services office advised that the dogs appeared to be healthy. She went on to say that it was very rare that dogs would attack a person, and the attack was clearly indicative of aberrant behavior.

Ultimately, no criminal charges were brought against the homeowner or the dogs’ owners; however, the dogs were detained under a 10-day Rabies quarantine at the Austin Animal Center, and Justice of the Peace Precinct 5 Judge Herb Evans ruled that the six adult dogs would be euthanized. Swanson, along with the other two caretakers, under legal counsel of Attorney Erik Toberson, appealed the ruling. Travis County Civil Case documents show that the latest update took place August 1, 2016, in which Toberson filed a request for disclosure and a request for production. The case is still pending.

This is a terrible turn of events and an accident that hits home to process servers around the country. Every day, process servers face a multitude of safety hazards and barriers each time they attempt service. Although the simple act of delivering court documents may seem harmless to those outside the industry, there are serious dangers on the job at every turn. From encountering animals to being victims of assault by the recipients, it is imperative that process servers stay aware of their surroundings, take appropriate caution, and put safety measures in place to hopefully prevent incidents like this tragedy from happening in the future.